Whilst the Sagalla landscape is stunningly beautiful, life there is hard, particularly given the lack of rainfall and difficult farming conditions. What little water is available is often contaminated, and so diseases such as typhoid and malaria are common. 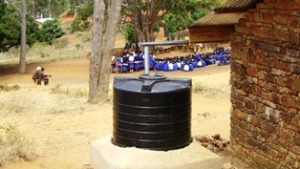 From its inception back in 2006 the Kileva Foundation has therefore contributed to schemes that provide life giving water throughout the region. This has included feasibility studies for new bore holes to the installation of new water tanks. However the fact remains that disease is a major concern, and thousands of people throughout the region currently have to walk over ten kilometers to get help. In 2007 the Kileva Foundation therefore decided to embark on our second major project to build the Kileva Medical Dispensary and Community Centre near the village of Kirumbi. As of the summer of 2010 the first two rooms have been erected, and the centre is beginning io play its part in local healthcare and community development.