The Tsavo East National Park is hot, dry and the red dust get’s everywhere. However it’s rugged beauty and magnificent wildlife make it one of my favourite places to visit, as we did on the 4th day of our trip.

The ‘photos below, as with all the ‘photos in this diary, are a mixture of those taken by all the team members. 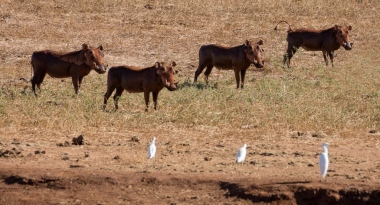 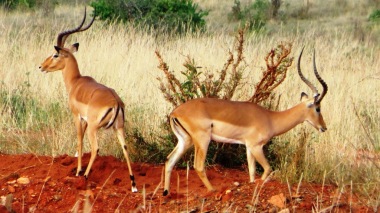 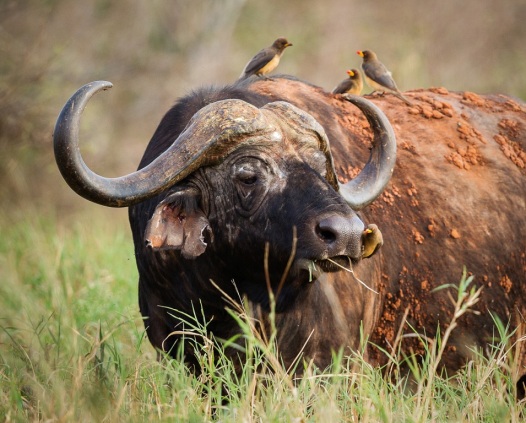 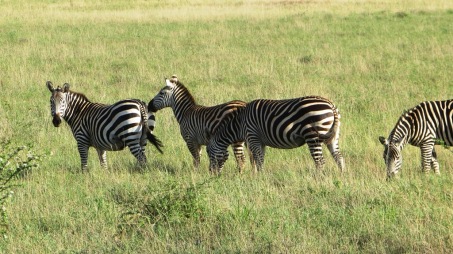 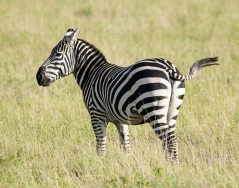 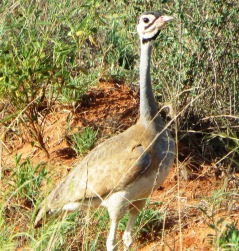 The Mudanda Rock is one of the oldest exposed rocks on earth – a staggering 570 to 4,550 million years old. This ancient 1.5 km long stretch of stratified rock acts as a water catchment that supplies a natural dam below. 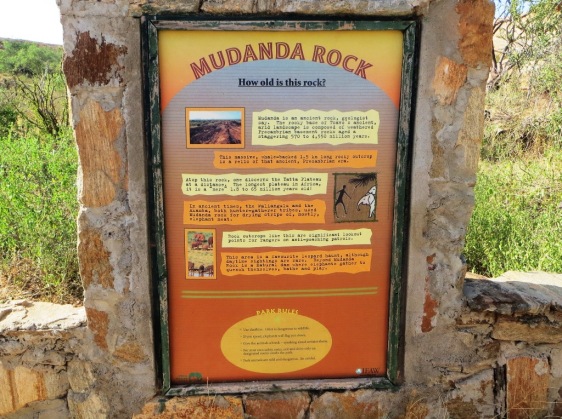 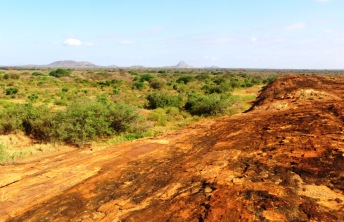 Between Mundana Rock and Luggards Falls 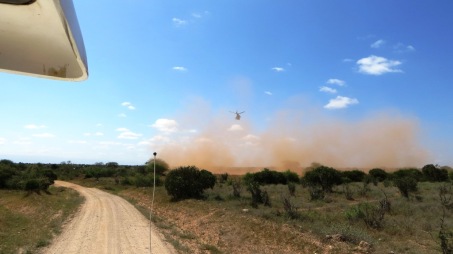 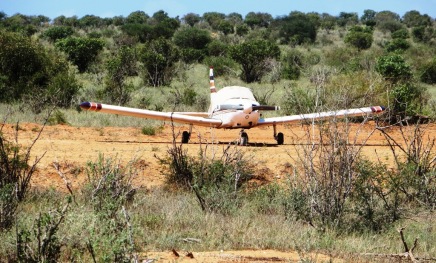 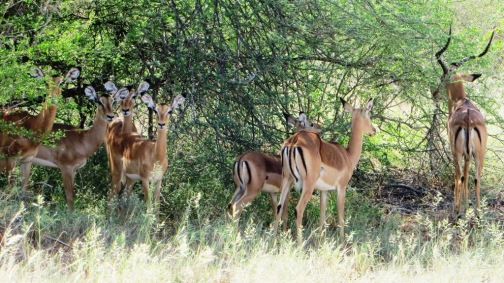 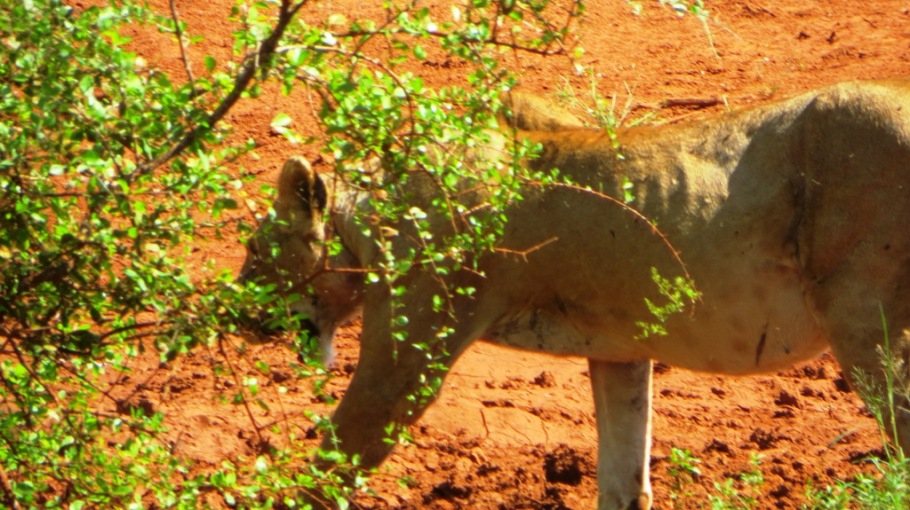 The ‘photos below are of an area of the park called Lugard’s Falls named after a British Lord called Frederick Lugard. Rather than waterfalls they’re actually a series of white water rapids on the Galana River, and are a favourite drinking place for local wildlife. 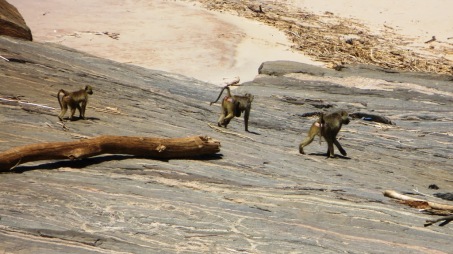 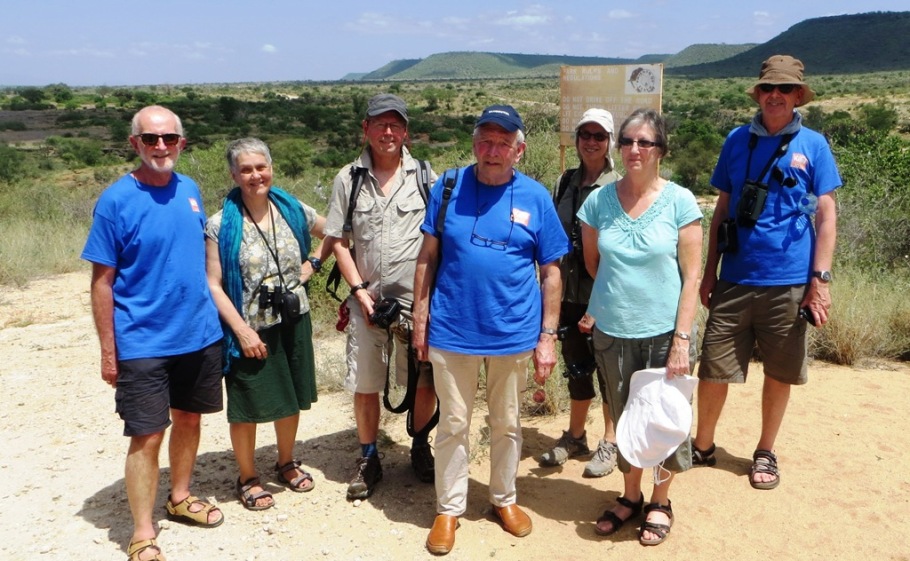 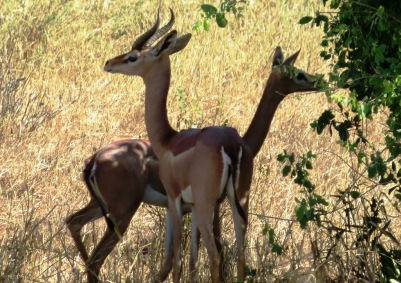 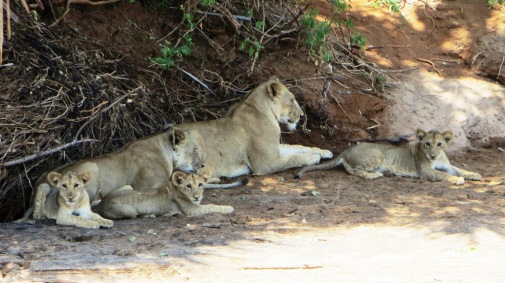 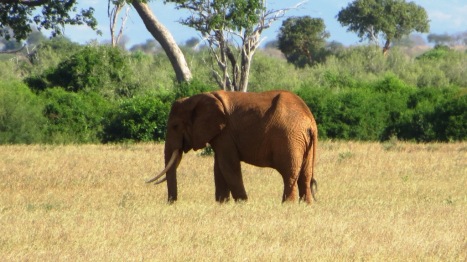 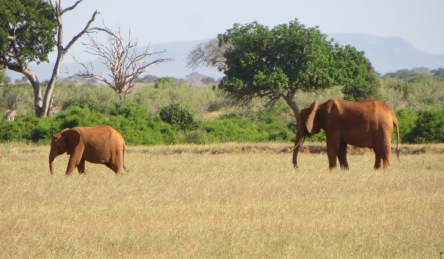 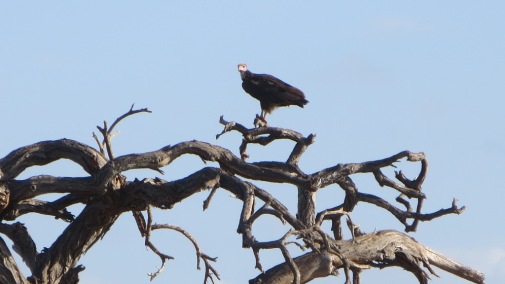 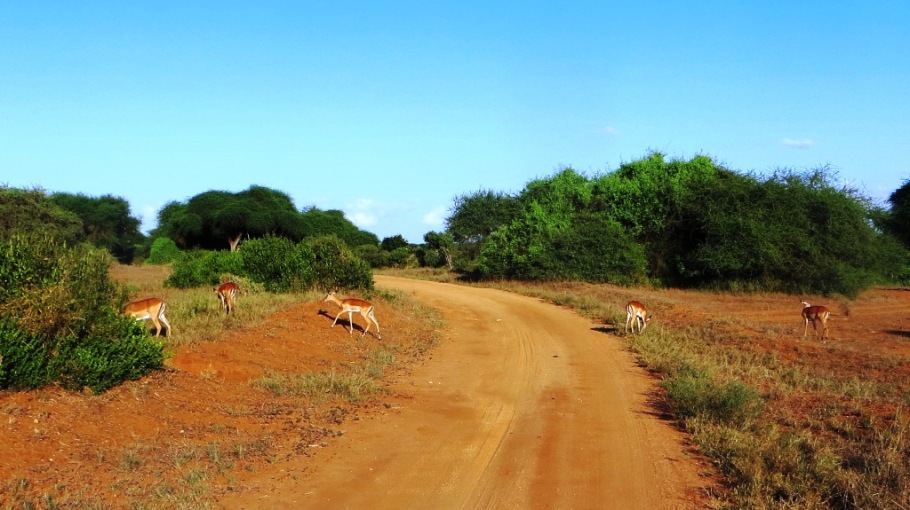 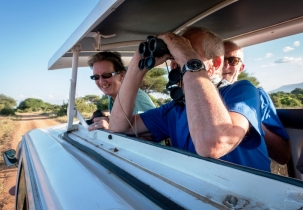 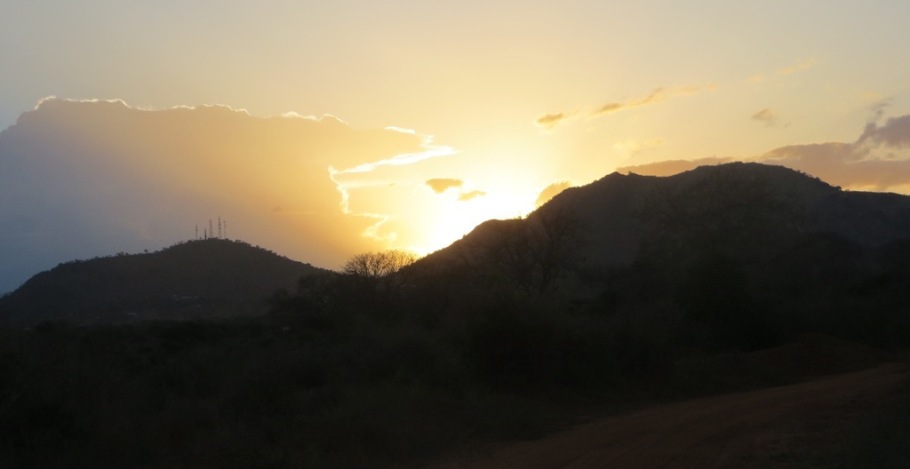 Evening at the lodge 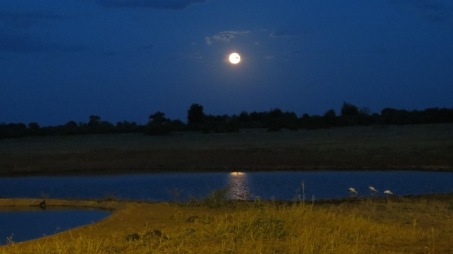 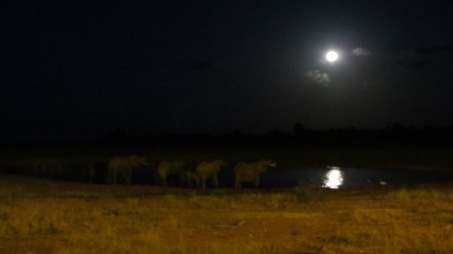