Last night we never slept in mwakoma,just because of the rampant hungry elephants who were large in number,came to peoples houses and crushed 6houses and eat all the maize and peas which was found in those houses.some houses which were made of iron sheets were also taken out of the roof and it happened that in one of the houses one lady was found inside sleeping.it was around 11pm when this was happening. 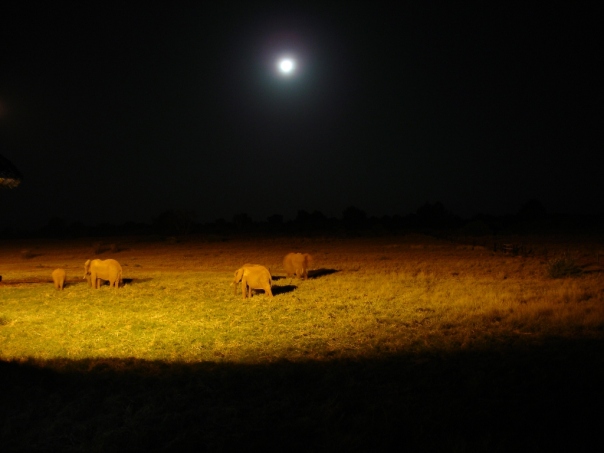 When this lady heard the cracking noise of ion sheets she began to scream but people were afraid to come out of their houses because they new that it was an elephants attack.its until she decided to run out of the house so that she can rescure her self from those but unfortunately when she came out she found uncountable number of elephants and while she was running,one elephant started to run after her fortunately she fell down in one of the trenches in the neighbouring farm and she fainted.the elephant assumed the lady was back in the house and it also made a turn back in the house and crushed the house,and took out every households which were found inside that house.

After a short while some villagers came out and met a small car,and they talked to the driver and used the car lights to see wheather the elephants were still on the farm or were gone.the lihgt from the car made the elephants move away.there its when the villagers got the chance to look for screaming lady and found her very unconcious.they immidietly called the KWS but they delayed and came later when the affected lady was taken to moi hospital.the lady got hurt attack and also a fracture on her right leg.in another house there were 6sacks of maize and all was eaten and the house was crushed completely.fortunately nobody was inside/died but we are now living with fear.we realy dont know what to do.