A Brief History of Education in Kenya

When we were last in Kenya we had the pleasure of spending some time with Kennedy Mishael Machora who is the Education Officer in charge of the Taita-Taveta District.  Mr Machora attended Gusii Highlights Secondary School until 1987 then went on to Kenyatta University until 1990 where he obtained both a Bachelor of Education Degree (with Economics & Business Studies), and a Master of Education (with Policy Studies) degree. He became District Education Officer last year and as such is responsible for over 100 schools including Kileva Eastfield Primary. 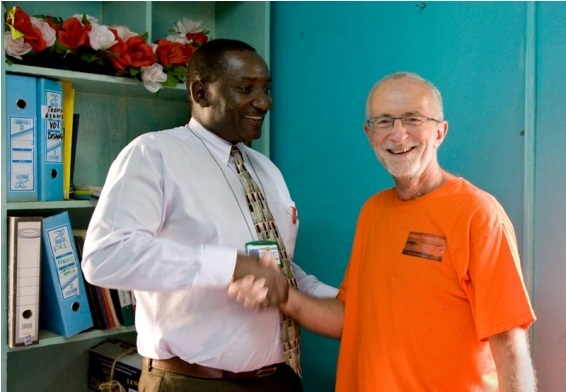 In the DEO's office in Voi

During our trip Mr Machora visited the Kileva Eastfield Primary School with us and then took us to see the Kajire Secondary School. He also attended the Kileva Awards ceremonies at that Mwamunga Primary and Mwangea Secondary Schools in Voi.  It was during that time when we talked about the key role of education in society and how critical it is to Kenya’s future that I decided to find out a bit more about the history of education in Kenya.

If you’re interested in a summary of what I found read on!

1896
Construction of the Uganda Railway line was started at Mombasa in 1896 and reached Kisumu, on the eastern shore of Lake Victoria, in 1901.  Why is this important to education?  Continue reading …

Original line from Mombasa to Kisumu shown in green

1898
In 1898 during the building of the railway bridge across the Tsavo River at Voi, a pair of male lions stalked and killed at least 28 Indian and African workers, although some accounts put the number of victims as high as 135. The lions – dubbed “the Maneaters of Tsavo” – were eventually shot and killed.  Again you may be asking why this particular incident is important to education.  Well actually it’s not really but it’s an interesting story and Voi is the nearest town to the Kileva projects so I thought I’d put it in here… 🙂

1902
The expansion of the railway encouraged missionaries to establish schools in Kenya’s interior so that’s why (amongst other reasons) the railway was so important to the growth of education.  The first school in western Kenya was established at Kaimosi in 1902.

1908
By 1908, the missionaries formed a joint committee on education that later became the Missionary Board of Education, and the following year the British government established an education board.

1923
In 1923 the British secretary of state established a committee to advise on the educational affairs of the African-Kenyans and this marked the beginning of the first educational policy by the British colonial government.

1963
Kenya gained independence on 12th December 1963, and between 1964 and 1985, the 7–4–2–3 system was adopted – seven years of primary, four years of lower secondary, two years of upper secondary, and three years of university. The first class or year of primary school is known as Standard 1, the final year as Standard 8.

1981
In 1981, a Presidential Working Party recommended that the 7–4–2–3 system be changed to an 8–4–4 system (eight years in primary, four years in secondary, and four years in university education).

1985
The current 8–4–4 system was launched in January 1985. It put more emphasis on vocational subjects on the assumption that the new structure would enable school dropouts at all levels either to be self-employed or to secure employment in the informal sector.

The school year at both primary and secondary levels begins in January and ends in November. Pupils get 3 school holidays in April, August and December. Pupils who fail their end of year exams usually repeat the class the following year instead of advancing to a higher grade.

2003
In January 2003, the Kenyan government announced the introduction of free primary education. Note however that most primary schools don’t get sufficient funding to pay for the teachers they need or for stationery, books etc, and so many have to look to parents and/or charities such as Kileva to help.

In fact in the case of Kileva Eastfield Primary all funds were provided by the Kileva Foundation until 2010 when a one-off grant of 300,000 Kenyan schillings (about £2,400) was given by the government.

2011
There is now a Nursery School plus five other classrooms accommodating Standards 1 – 5; Standard 5 will open in January.  Only 3 more to go to Standard 8! 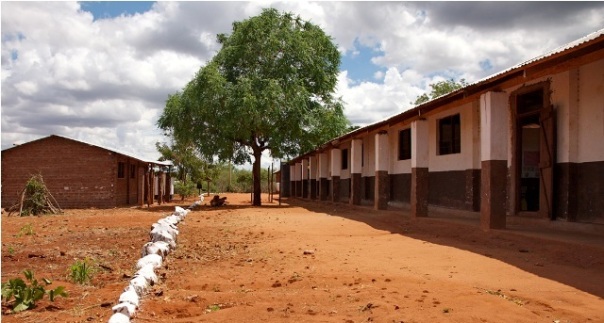